Setting Up and Optimizing Your Google AdWords Account Properly 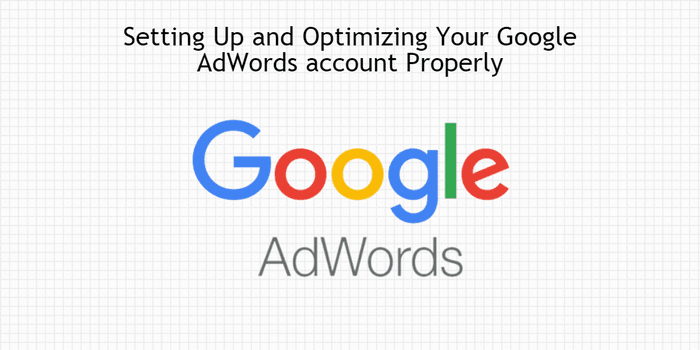 In this article we’ll show you how to optimize your Google PPC campaigns using tools such as Google AdWords, Google Analytics and Google Display Network to make your campaigns more effective with a smaller budget.

1. Instead Of UTM-tags Use Automatic URL Tag.

This way you will not need to manually specify all tags and all data from AdWords (id of advertisement, keyword, position etc.) will correctly transfer to Analytics. 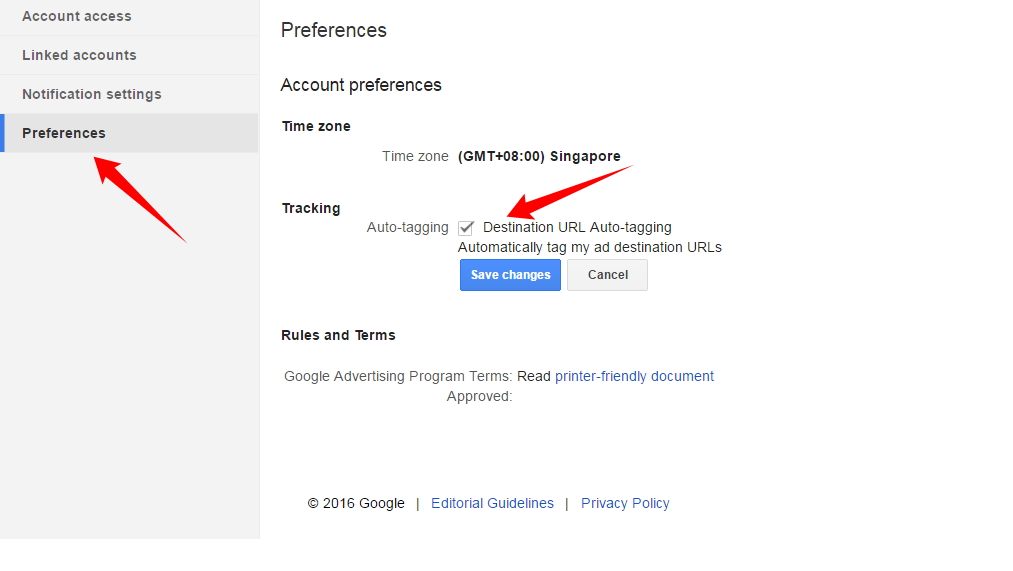 2. Set Up Targets In Analytics And Import Conversions In AdWords

You can carry out primary analytics directly in Adwords interface. You will be able to see which requests, advertisements, groups, campaigns bring conversions.

3. How To Find Out If The Bid Is Fine In Google Display Network?

Let’s add “Percentage of received displays in Google Display Network”. If there are less than 40% of displays you need to either increase the bid or make advertisements with higher CTR.

Additionally, for search campaigns you have to set up the column. Optimal percentage of displays in the search should start from 70%.

On the tab “Campaigns” select “Details” – “All”

If your percentage of gained displays is lower than 20% then you have to change something (bid, quality indicator, advertisements)

5. If You Want To Be In TOP-3 - Create Automated Rule On Keywords Tab. 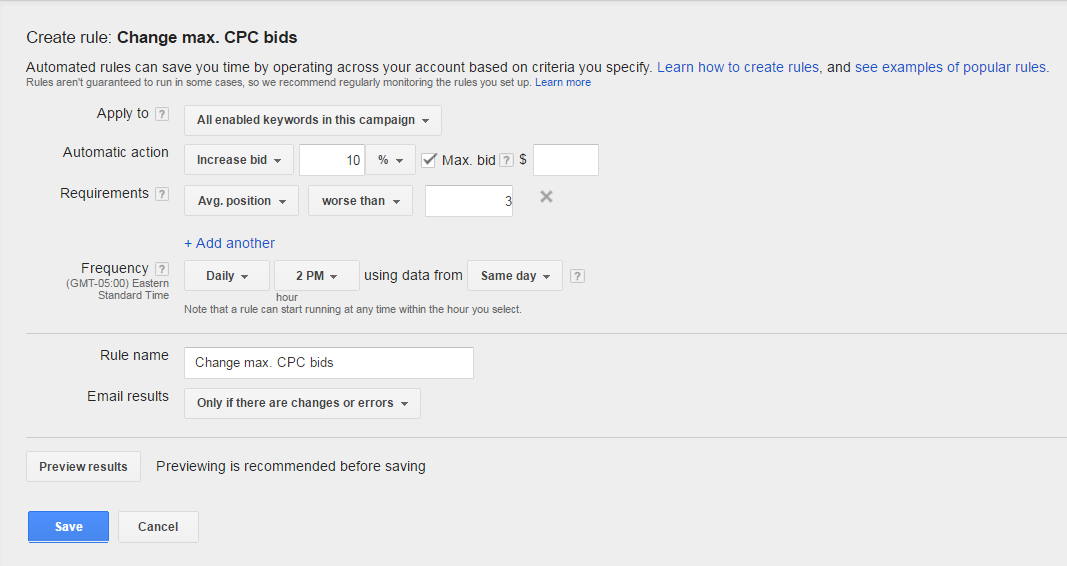 6. How To Automatically Clear Advertisements With Low CTR?

7. How To Find Out Users Search Requests Based On Which Conversions Occurred 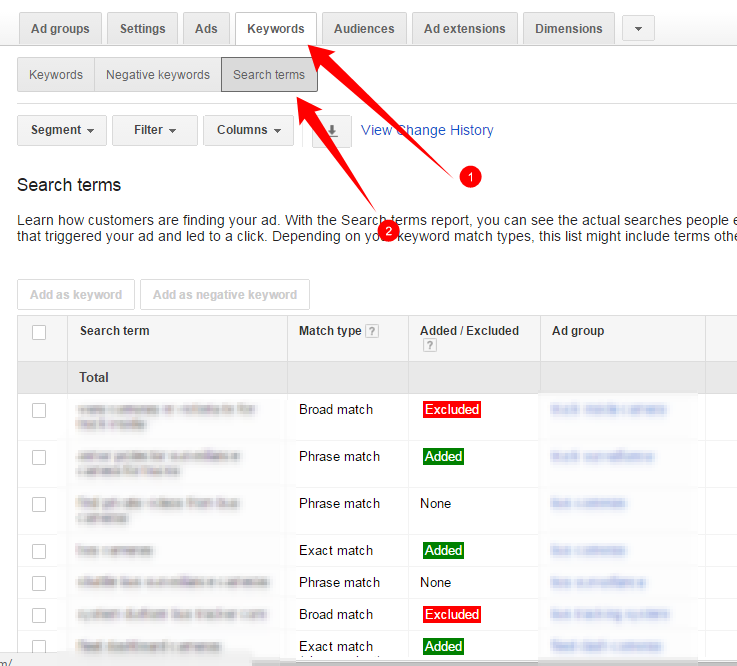 Here you will be able to see actual requests based on which sales take place and set up additional campaign with higher CTR for them, quality indicator and increase the earnings even more.

Additionally in this tab you can find minus-words.

Not in absolute values. If your CTR was 10% in TOP-3 then it will be 12%. At that the conversion was 3% but will become 4%. Results during testing for more than 30 trade offers.

Specifications is a field where you can write in USP.

Make at least 5 specifications. The more the better. Optimal number is 10. 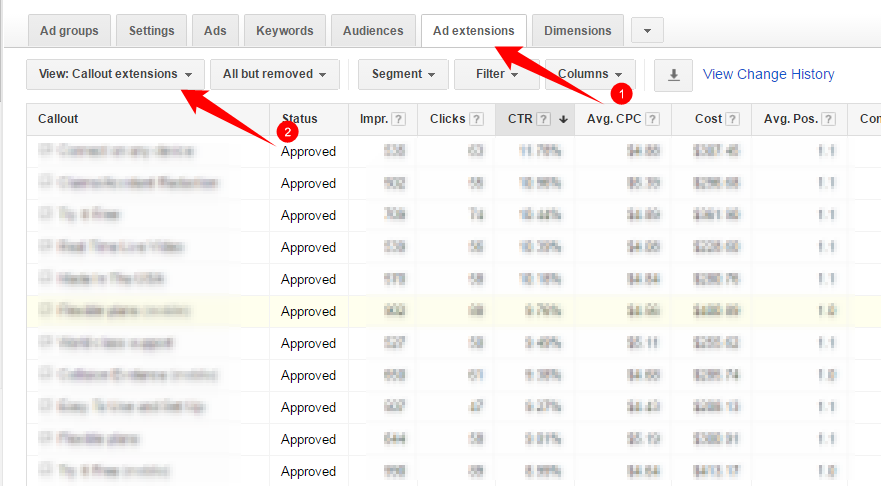 Also, you can add other ads extensions as well.

For placement spots and minus-words

This way it will be easier to introduce changes in the future.

For the 1st of March 2016 80% of traffic from Google search for trade offers – is a mobile traffic (85% Android, 10% ios). If you do not have a normal mobile version, then turn off traffic from mobile devices in the campaign settings in the column “adjustment of bids”. You can also increase bid if you have better performance for mobile traffic. 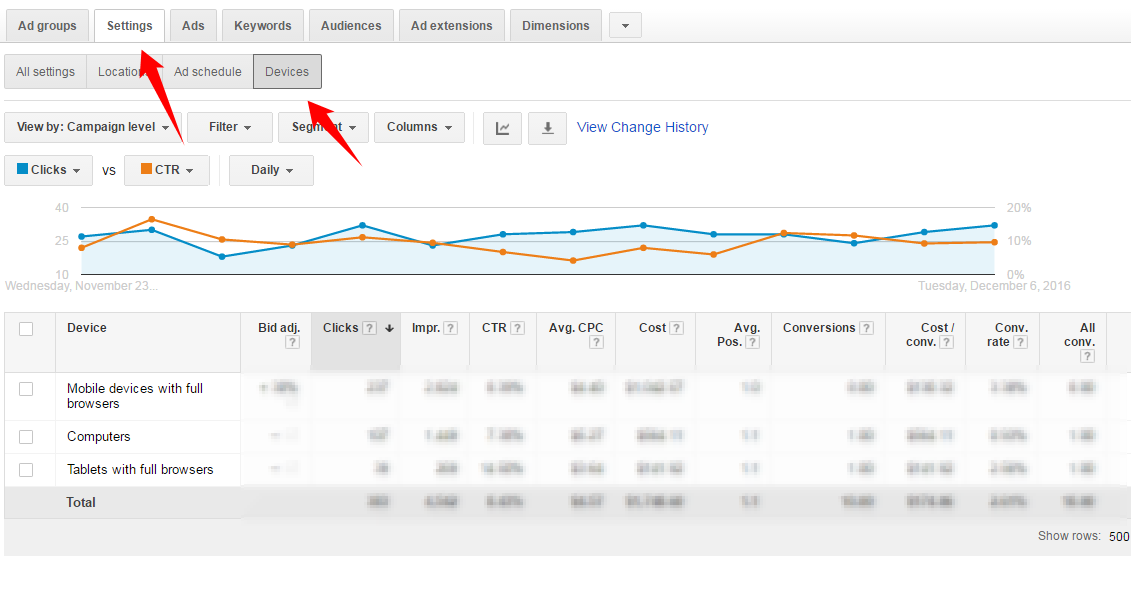 11. On The Tab “Keywords” Add The Column “Quality Indicator”. 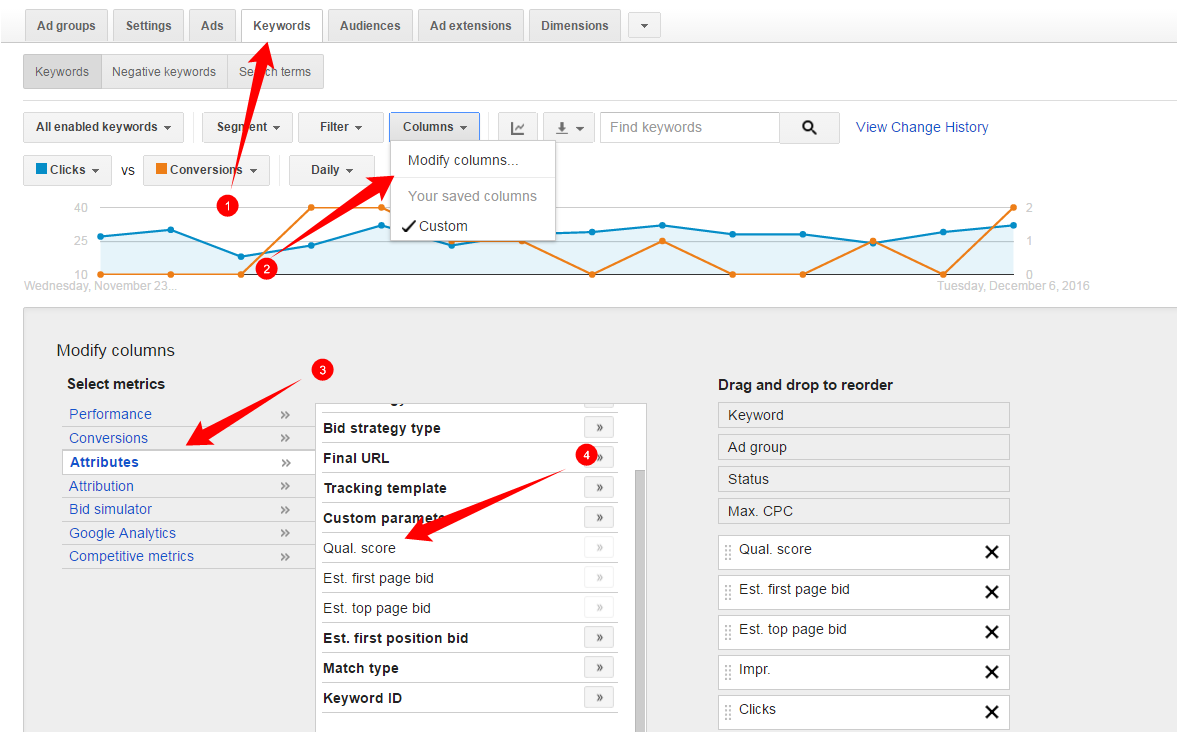 12. In Order To Predict How Much You Have To Pay in TOP-3 Add The Column “Estimate Bid For Position On Top Of The Page”

13. Set Up Accelerated Display Of Advertisements.

In the campaign settings. If you don’t set it up, then your daily budget will gradually stretch out throughout the entire day and you will lose the ability to get more clicks.

14. Switch Off The Traffic Not From Target GEO

In the campaign setting. If you only want users from Moscow then besides designation of Moscow itself in the settings of targeting, you have to specify “People from targeted location”. If you put other check boxes then you will also be shown to people from other regions, which indicated “Moscow” in their request or the Moscow region in the Google settings.

15. Turn Off The Display Of Advertisements in Applications. 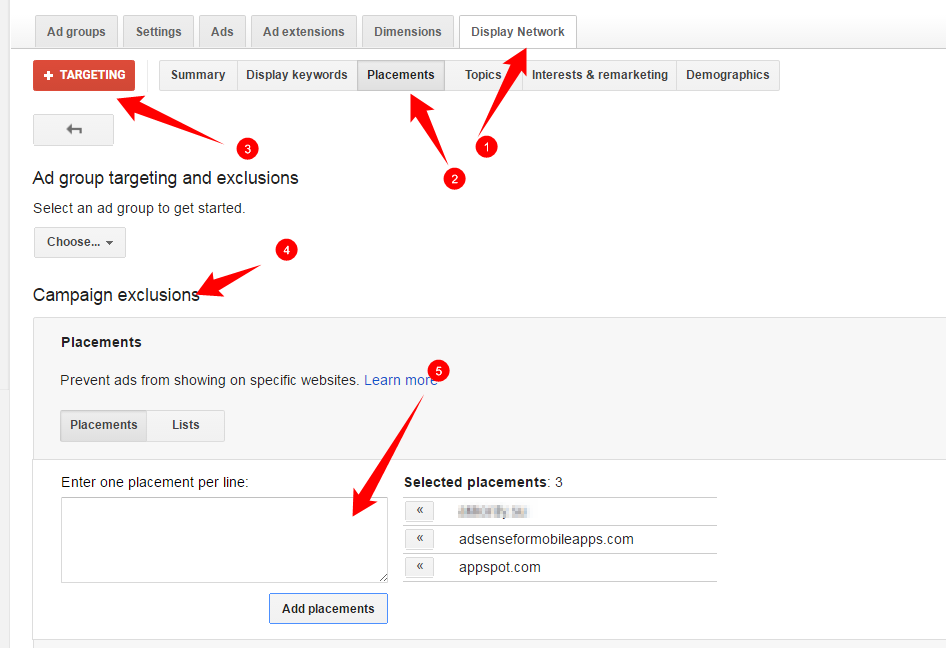 16. Cross-minus The Groups So That The Requests Do Not Cross-over

For example you have groups.

You have to write down minus-words for each group just like in the table below. Also, you have to separately inflect them.

This macro places the keyword in advertisements based upon the display which occurred. Not the search request of the user but specifically the keyword.

Usage of KeyWord increases the rating of advertisement.

In advertisements you can use it at your discretion but in the displayed URL it is preferable to use it.

Full description and examples based on the link

18. Usage Of Scripts For Automated Reports.

For example, report on account about expenses, CTR, cost of click with charts. Everything is drawn out automatically. It is very convenient for reports to clients.

19. Make Lists Of Remarketing Through Analytics

In order to do this you have to connect accounts of AdWords and Analytics.

What this will give you:

1. You can set upremarking only for people that visited the website and did not make an order;

2. Show advertisement only to people that visited the website from social networks

3. Use “similar” audience for people that made an order.

21. How To Automatically Turn Off Platforms In Google Display Network, Which Click Out The Budget.

Create automatized rule in “placement spots”. If the CTR >4% and the number of clicks is more than 10 then turn it off. Data use - for all time.

22. How To Find Out If You Have A Normal CTR In Google Display Network?

The value should be more than 1

By now, you should be able to determine the right bids for your ads, create automated rules, reports, black-lists, increase your CTR and conversion rate. All of that should allow you to spend your campaign budget more efficiently.